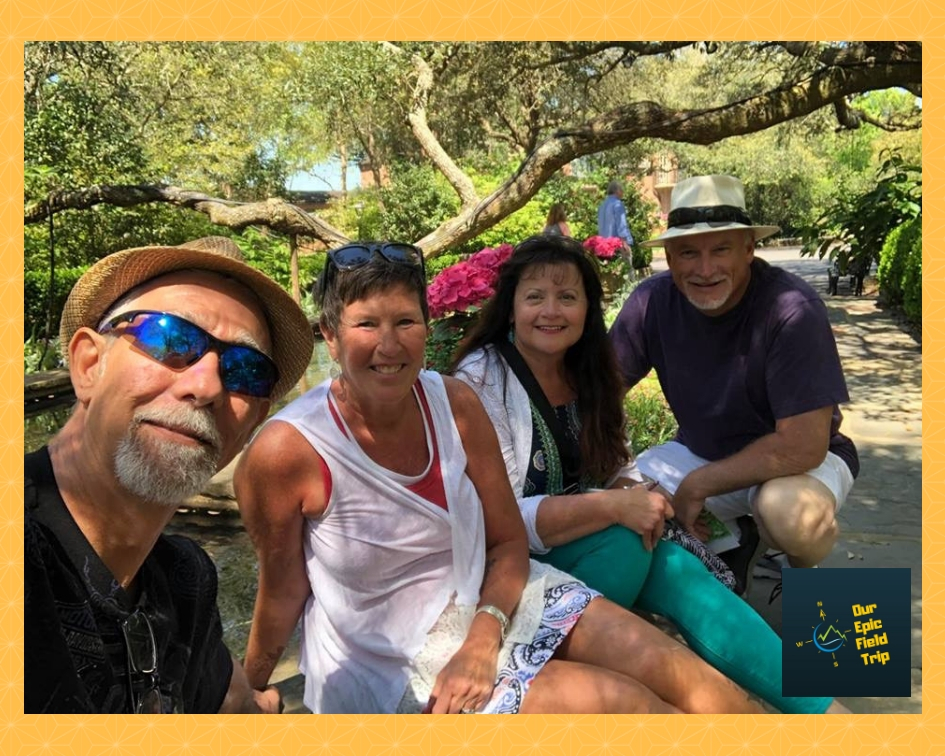 One of our favorite aspects of RV life is the wonderful friends we’ve made already in our first year. We met Lance and Flo Wende of Wheelin’ with the Wendes this past January at the Xscapers Annual Bash in Lake Havasu, AZ. We followed up the bash with some boondocking down in Quartzsite, and the Wende’s were part of the group of friends we corraled with during the latter part of January. We went our separate ways in February, but we had a chance for an extended stop on our way to Georgia in late March, so we took that opportunity to be neighbors with the Wendes where they were camped in southern Alabama and checked out some attractions around Mobile AL.

END_OF_DOCUMENT_TOKEN_TO_BE_REPLACED 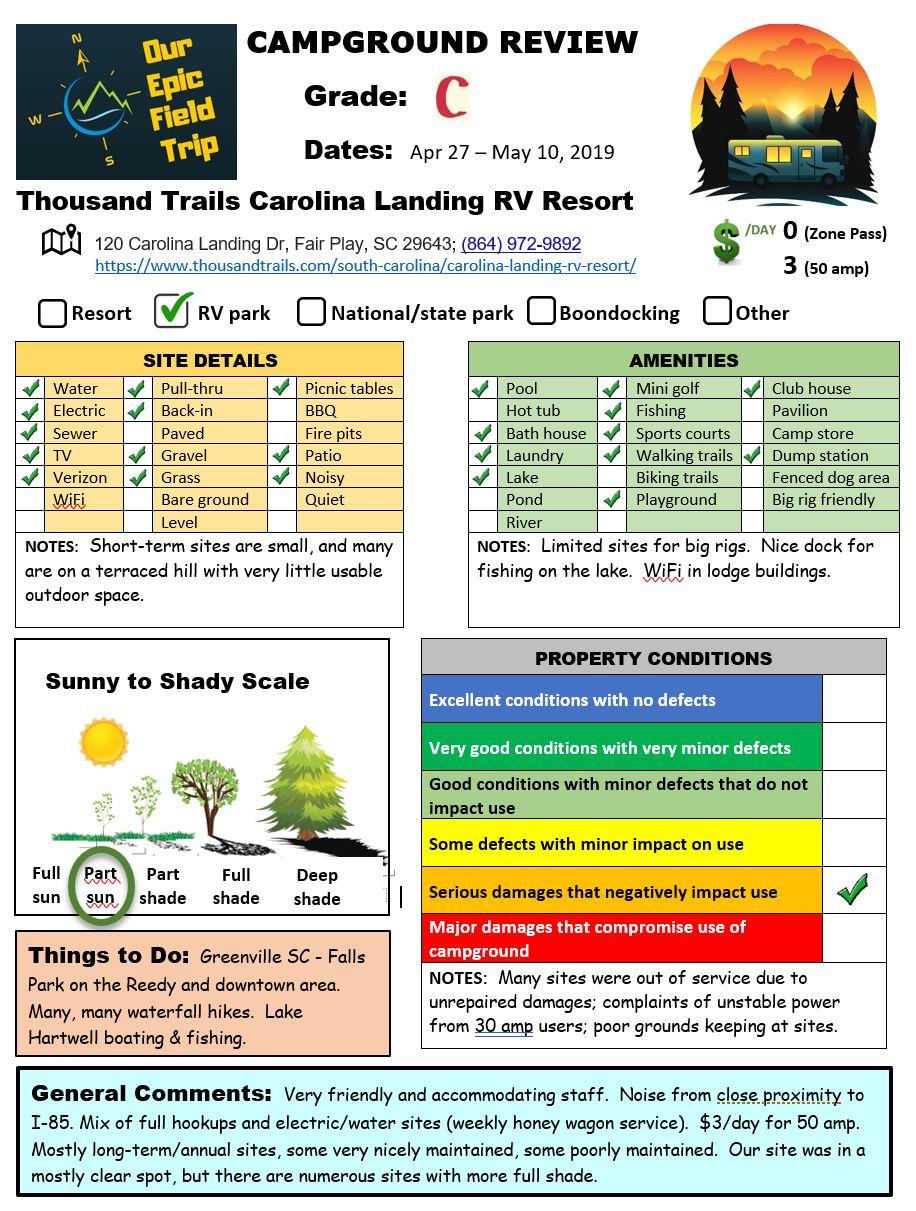 We stayed at Carolina Landing RV Resort for ten days in early May. We were in the Carolinas area for business reasons and also were able to visit with our sons while we were in the region. We don’t do full reviews on every Thousand Trails RV park we stay in because they’re fairly consistent in experience. However, this one is different enough from the norm that we thought it would be good to share our experience.